What is the Definition of Namaste In Yoga?

Namaste literally translates to “I bow to you”.  Broken down, Name means “bow”, Te means “to you” while the S connects both words. The word is used as a formal greeting and can also be used to express gratitude. In yoga terms, the word is used at the end of a yoga class as a traditional gesture of mutual respect between teachers and students. 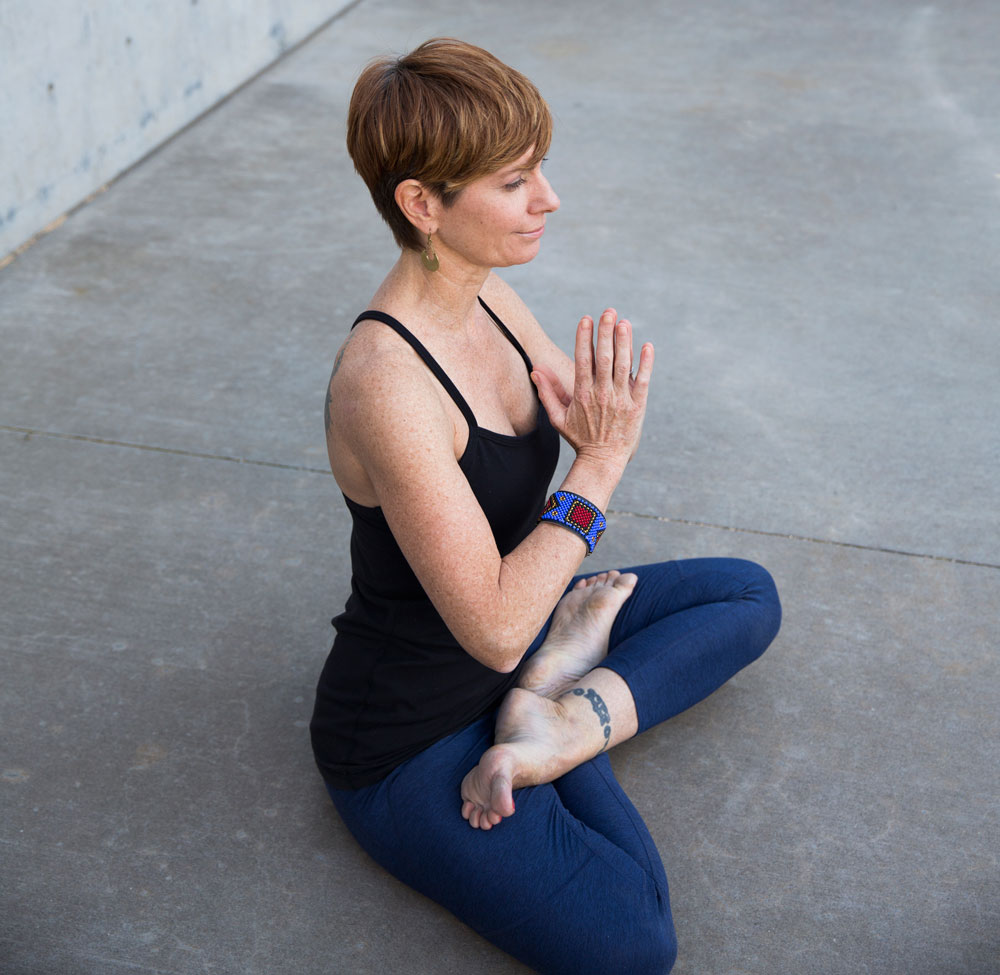 The word namaste and its variant namaskar (meaning “I bow to the light in you” in Hindi) are used in daily conversations in India. The word is used to greet people on the street, where they say the word accompanied by tapping their palms at their heart, followed by a nod of the head.

In the west, namaste is used to express thanks and esteem in yoga. At the end of every class and after a savasana lesson, the teacher brings the class to a seated position, where brief teaching or meditation usually follows.

When a class ends, you will receive a “namaste” from the teacher while bowing to the class. The students then respond with a kind bow with their palms pressed at the heart or forehead.

Occasionally, their bow continues to bending forward from a cross-legged position with their hands or foreheads touching the floor. This bow shows further appreciation to the teacher, but don’t worry if you can’t reach that far, as it’s only a matter of personal preference.

Even though you say ‘namaste’ while in the Anjali Mudra position, placing the palms together should not be as a form of prayer. This misperception occurred because Anjali is known for the “prayer pose” in the West. The gesture may have a connection between all religious practices, but it’s not the same in yogic practices. In yoga terms, it is basically the practice of mutual respect, along with respecting yourself.

This is the definition of Namaste if you’ve been wondering what it means through your yoga lessons or if you’re just curious about it. Uptown Yoga holds classes in Dallas with experienced instructors and teachers. Uncover your inner peace with us.